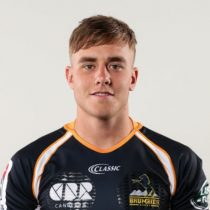 A former St Edmunds College student, Jackson-Hope made his way through the Brumbies Pathways system, representing the region in age group sides before graduating to the Brumbies Schoolboys and U20’s Programs.

He attended rugby nursey St Edmunds College in Canberra, captaining their 1st XV and being selected for both the ACT and Australian Schoolboys.

Jackson-Hope completed his Rugby apprenticeship at the Brumbies.

A selection for the Australian U20’s saw him being chosen to make his Super Rugby debut in Melbourne against the Rebels.

In September 2016, he signed as part of the Brumbies Extended Playing squad for 2017 and will look to add to his 2 caps since his debut last year against the Rebels.

In June 2017, Brumbies announced the re-signing of local product and utility back Jordan Jackson-Hope on a new two-year deal.

He enters his third season with the Brumbies with 8 Super Rugby caps.