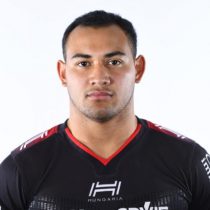 An exciting fullback who rose through the ranks in Queensland having first came to prominence playing for Easts Tigers and he helped them win the 2013 Queensland Premier Rugby Title.

A three-time U20 World Cup representative with the Junior Wallabies, Placid was an outstanding prospect who earnt his first Super Rugby cap for the Reds at just 18, before heading to the Rebels, where he played 18 matches over three seasons.

The move to Toulon proved to be a difficult one as he struggled with injuries and the ability to cement a starting role as he made just 10 appearances before returning to Australia with the Western Force in 2020.