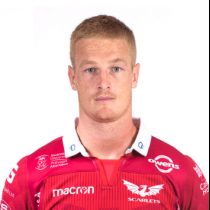 A traditional New Zealand winger, McNicholl possesses an abundance of pace and plenty of power. The Christchurch born footballer made a name for himself in 2012, heading the top try scorer list with 10 tries in the ITM Cup and gaining a reputation for the ability to cross the try line.

The winger then progressed to represent the Crusaders, despite gaining the attention of several other New Zealand coaches vying for his signature.

In 2016, it was announced that the winger/fullback would join the Scarlets region later in the year.

Mcnicholl, who became the first player to score a hat-trick in a Celtic Final, was named in Wayne Pivac's Wales squad as one of 5 uncapped players that would face the Barbarians.

In 2020, he received his first two caps for Wales.