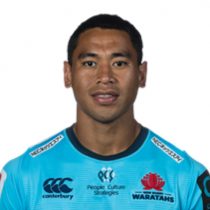 John Folau joins the NSW Waratahs as one of the rookies in the Waratahs team. Following an early career in rugby league, the younger brother of Israel Folau made the switch to rugby union in 2018 and went on to play for Sydney in the NRC. He is regarded as a blockbuster back with immense natural talent.

In 2014 he was selected in the Queensland U20s side and went on to represent the Tongan national rugby league team against Papua New Guinea.