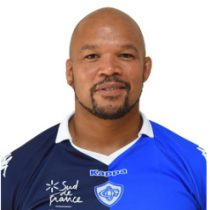 The 34-year old South African played for the Sharks before moving to France to play for Oyonnax in the Pro D2.

Jenneker stayed with the club for four years winning the Pro D2 title in 2013 before moving to Castres in January 2016.