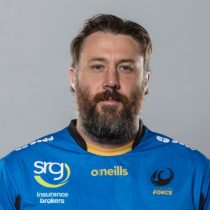 After a stellar underage career Thrush has made a telling impact in the senior game. Thrush's underage career saw him win an IRB Junior World Championship, as well as being named IRB under 19 and under 21 player of the year. After this impressive feat, the imposing lock was picked up by the Canes, with whom he has had a distinguished Super Rugby career to date.

The physical and rangy running style of Thrush makes him a stand out performer in the loose, while his handling skills have seen him develop into a top player at the line out.

In January 2015, All Black international Jeremy announced his arrival at Kingsholm in the peak of his career, and the 6 ft 6 second row brought world-class leadership and presence to the Cherry and White pack.

In May 2015, he marked his 100th Super Rugby cap for the Hurricanes, adding to his 78 Wellington appearances, proving his durability and quality, which has seen him also pick up 11 All Blacks appearances. The Wellington-born enforcer made his All Blacks debut in 2013 against France.

As expected, Thrush made a big impact during his debut season at Kingsholm making 18 appearances, scoring a memorable try at Twickenham.

In 2018 he left Gloucester for the Western Force.

After 2 seasons at the Super Rugby club, he extended his stay with a new deal for the 2021 season.