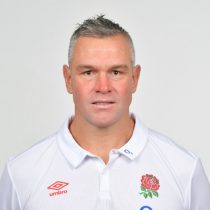 Jason Ryles made his playing debut in 2000 for St George Illawarra Dragons before moving to the French super league side, Catalans Dragons, for two years. He returned to Australia in 2010 to play for Sydney Roosters and then the Storm in 2012.


He played 15 times for the Kangaroos and represented NSW eight times in State of Origin.


Post his playing career, Ryles has been assistant coach of Melbourne since 2016 and helped them to Premiership success in 2017, two other grand final appearances as well as last season’s Minor Premiership. He was also assistant coach for the Junior Kangaroos in 2016 and 2017 and the New South Wales U20s State of Origin side in 2012.

He has briefly spent time in recent seasons with England assisting Eddie Jones and his coaches but joins England in November 2020 as a full time skills coach.