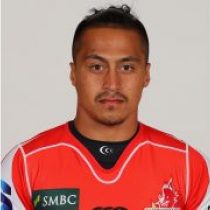 While still at school, Emery was signed by the Manawatu Rugby Union and didn't make his provincial debut until 24 August 2012.

Before that, he went to South Africa to compete at the Junior Rugby World Cup with the New Zealand U20 team, coming in 2nd place.

At the age of 18, against the Wellington Lions in a crossover match in the ITM Cup, he came on as a substitute in the final 30 minutes and making a big impact, one that led to the only try scored by Manawatu in the 11-30 loss at FMG Stadium in Palmerston North. He scored his first try for his province in a 33-20 win over Northland in a Championship match.

It was also Emery's first start for his province. In October 2012 Emery signed a three-year contract with the Highlanders, starting in the 2013 Super Rugby season. He made his debut in the 19-23 loss to the Hurricanes at Forsyth Barr Stadium in Dunedin, New Zealand on the 15th of March, 2013.

Emery was named in the Maori All Blacks squad in 2016.

Emery struggled with injuries in 2017 and failed to make an appearance for the Highlanders, he will be looking to make a return for the Turbos during the 2017 Mitre 10 Cup.

He was in inspired form during the 2017 Mitre 10 Cup and was included in the Hurricanes preseason Super Rugby squad, before signing a deal with the Sunwolves for the 2018 season.