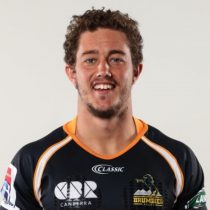 James is a South African born utility back that represented Western Province at U19 in 2013 and moved into the U20 squad in 2014.

James went on to represent UWC in the Varsity Cup in 2015, where he was the leagues top try scorer and he subsequently selected to represent Western Province U21 Currie Cup side.

The utility back made the move to Perth to link up with the Future Force in early 2016 before making his Super Rugby debut with the Western Force the following year.

The versatile back would go on to make eight appearances for the Force during the 2017 season, proving he could cut it at the top level as the Perth side charged to second place in the Australian Conference.

In November 2017 he signed a one year contract with the Brumbies for the 2018 season.

He went into the 2018 Super Rugby season with his new side having made 8 appearances for the Western Force previously.