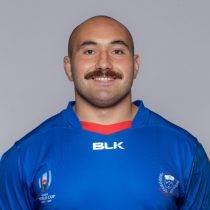 Brother and front-row partner of Jordan Lay, James started his pro rugby career of in Auckland in the 2016 Mitre 10 Cup.

His performances led to a call up to the Samoan national team in 2017 and a move to Bay of Plenty where he linked up with his sibling in the front row. In January 2018, Lay signed a deal to join Bristol Bears and was named in the Samoan squad for the 2019 Pacific Nations Cup.

Lay represented Samoa at the Rugby World Cup in Japan in 2019 and in doing so took his test cap tally to 11 in doing so.

He returned to New Zealand ahead of the 2020 Mitre 10 Cup season where he will turn out for Auckland.