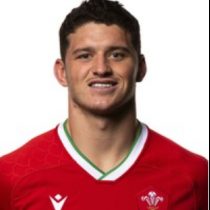 James, the grandson of England cricket legend Ian who played in the rugby union and rugby league, made his Wales Sevens debut at the Wellington Sevens.

He went to Sedbergh School in Cumbria and played cricket for Yorkshire U16s.

The Cardiff Blues academy player has represented Wales at U18 level, scoring a try on his debut against Scotland back in March.

Botham was called up to the Wales U20 squad for the 2017 Six Nations.

He signed his first senior deal with Cardiff Blues in April 2019, having made his PRO14 debut against Connacht earlier in the season.

The flanker trained with the Wales senior team in 2020 ahead of their match with Scotland before being officially added as a member of the squad.

As of May 2020, he has made 8 appearances for the Cardiff Arms Park side.