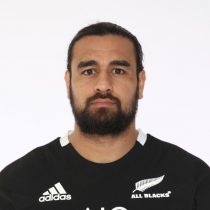 A former Palmerston North Boys High School student, Hemopo played for Otago in 2013-2015 before signing a deal to return to Manawatu in 2016 where he has continued to develop ever since.


A member of the 2013 New Zealand U20s team, Hemopo built on his one Super Rugby cap for the Highlanders in 2015 during their championship-winning season and gained additional experience at the Super Rugby level.

Standing 1.93m and 108 kg, Hemopo signed for three more years with the 'Landers in October 2016 & was selected for the Maori All Blacks for their Northern Tour on the back of a very impressive provincial season with Manawatu.

Showing his ability to step up to international rugby, Hemopo had already impressed with his outstanding form for the Highlanders in their historic victory against the British & Irish Lions.

A member of the 2013 New Zealand U20s team, Hemopo earnt regular game time in 2017 during the later stages of the Super Rugby competition in 2017 and stepped up even further in 2018 where he played a part in 16 out of 17 games played by the team. Rewarded for his outstanding performances in Super Rugby with inclusion in the mid-year All Blacks Test Match squad he debuted in the black jersey in June against France.

To round out a successful season he was also voted by the other Highlander's players to receive the Speight's Players' Player of the year award at the annual awards evening.

Hemopo made over 50 appearances for the Highlanders before he signed for Mitsubishi Dynaboars after the Rugby World Cup.

He heads into the 2019 Rugby Championships with three test caps.