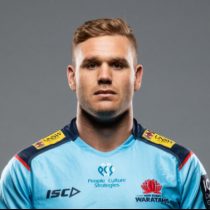 Whetton started out his playing career in North Harbour, playing two years of club rugby there before debuting in the 2012 ITM Cup for Northland. He then switched to Auckland for the 2013 season due to personal reasons and made 9 appearances as his side made the semi-finals of the competition.


Whetton then signed for the Brumbies in 2012, as well as also playing for the Leicester Tigers, USO Nevers and Yorkshire Carnegie.


He returned to New Zealand in 2018 and went on to help Auckland win the Mitre 10 Cup. Following the Mitre 10 Cup season he signed with the Highlanders for the 2019 Super Rugby season.


He comes into the 2020 season looking to add much of his weight to the forward pack and to string in more consistent performances.