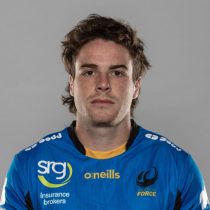 A former Australian Schoolboys captain, Jack McGregor, geared up for his debut season of Super Rugby in 2016, having signed a professional contract with the Melbourne Rebels.

His debut season has cut short after a ruptured ACL, but McGregor was recalled into the Rebels squad for the 2017 Super Rugby season.

Jacks fast pace, knowledge and leadership are among some of the many mature elements of his game that contributed to his acceptance of the Rugby Union Players Association (RUPA) Player of the Finals medal in his schoolboy championship

McGregor was snapped up by the Force in 2018 from the Melbourne Rebels and has excelled at the side every since featuring at fullback and flyhalf.