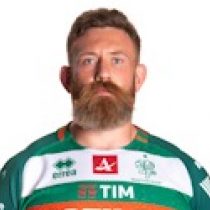 Educated at Waterkloof in Pretoria, the massive lock forward was groomed for higher honours at the Blue Bulls. Selected for South African Schools in 2011, the Bulls U19 in 2012 and the Baby Boks for IRB World Championship in 2013.

After his stint with the South African under 20s Herbst represented Tuks in the Varsity Cup.

Herbst was selected in the South African U20s ahead of the 2015 U20 World Championship but pulled out through injury.

He made his return in 2016, making his domestic debut for the Blue Bulls against Western Province in the 2016 Currie Cup qualification series.

Herbst was contracted by the Southern Kings ahead of the 2017 Super Rugby competition where he made his debut.

In July 2017, he signed an undisclosed deal with Italian club Benetton Treviso.