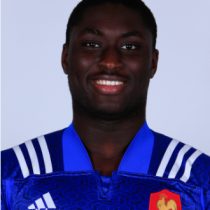 Diallo got his first international cap with the French U18 team and went on to take part in 2 U20 World Cups before being called into the 2018 World Champion team.

It was in the 2018 season that he got a call-up to the Racing 92 squad, where he made his debut against Union Bordeaux Begles in December of the same year.