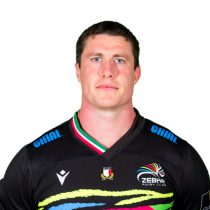 A second row with talent to suit his 6'7" stature. Nagle, a former Cork Constitution regular, is a product of the Munster Academy. Having worked his way up through the Limerick set up - Nagle made his Munster debut in 2010 against the Dragons. Nagle secured a call up to the Irish Wolfhounds in 2011 & has also been involved in training camps with the Irish senior squad.

Having left Munster, with a stint in both Newcastle Falcons & London Irish under his belt, he has signed with Leinster for the 2016-17 season.

Nagle joined Ulster on loan during the 2018/19 season and made 11 appearances.