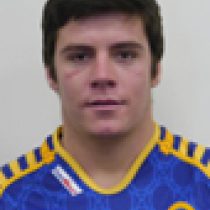 Blake is a New Zealnd u20 representative and played 5 games for the Baby Blacks in the 2012 IRB Junior World Cup. He has been a member of the Otago ITM Cup since 2011 and recently signed a 6 month deal with Edinburgh.

Despite not even representing his new side the Blake was selected by Scotland coach, Vern Cotter, ahead of the 2015 6 Nations Tournament

He received his first full Scotland international against Ireland on 15 August 2015.