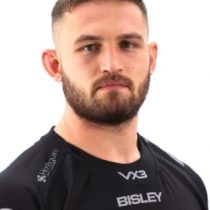 A powerful flanker Harrison Keddie impressed on his journey to becoming a full time professional as the Dragons Academy product made big strides in the Wales Under-20s set up and impressed with his ball carrying skills during the Grand Slam campaign of 2016.

He also showed off his range of skills turning out for the Dragons' Seven squad during the Premiership Singha Sevens Tournament, in which he made a huge impact in helping the side win the title.

A Dragons debut followed in 2016 against Zebre Rugby has also made appearances for Premiership side Ebbw Vale performing well for them in the final against Pontypridd RFC, where the Steelmen were crowned 2015/16 champions.

Having already made his presence known at the Dragons he has already racked up 60 appearances for the side scoring 6 tries.