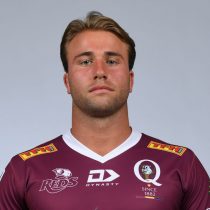 Stewart was picked for the Queensland Reds U20 side following some stellar performances at Bond University Rugby Club. The young fly-half has a long-range kicking boot and has the ability to dictate play from the pivot position.

He started the 2017 off well as he led the Reds U20 side to their 2nd consecutive Super U20s Championship Grand Final.

Stewart was called into the Reds Super Rugby squad and named on the bench to face the Hurricanes in round 6 of Super Rugby 2017.

He made a total of 5 appearances in his debut Super Rugby season scoring 1 try.

In 2019 he played 10 matches for the Reds, before suffering a shoulder injury in Round 13 against the Rebels in Melbourne and didn’t play another match for the remainder of the season.

Stewart will begin his fourth season with the St.George Queensland Reds Squad in 2020 after making his Queensland debut in 2017.