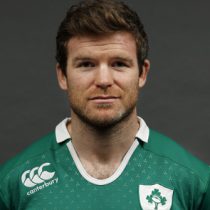 Born and raised in Wexford, D’Arcy made an early impression on the field as a full-back but the centre of the backline would become his home.

He made his senior Leinster debut as an 18-year-old, in 1998, against Llanelli and appeared three times for the province that year.

He has collected more than 250 caps for his province. In 2004 he was voted the Six Nations Player of the Tournament as he inspired Ireland to their first Triple Crown since 1985.

D’Arcy toured with the British & Irish Lions in 2005 (New Zealand) and 2009 (South Africa) and was an integral part of the Ireland team that clinched a Grand Slam in the 2009 Six Nations.

D’Arcy retired in 2015, doing so as Ireland’s longest-serving player with 82 senior caps for Ireland.

In October 2020, it was announced that he would join a host of iconic Irish rugby heroes in the Rugby Players Ireland Hall of Fame.