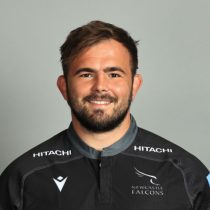 Originally born in Richmond, North Yorkshire George first played rugby for Richmond' High School and Darlington RFC, before moving to Newcastle to further continue his rugby career at Gosforth Academy as part of the AASE scheme.

After successfully completing trials in 2010 McGuigan was selected to represent the Ireland U18 squad and progressed up to the U20 team taking part in the IRB Junior World Championship squad in the summer of 2013.

Leicester Tigers confirmed McGuigan's signing in February 2016, where he spent two seasons before returning to Newcastle Falcons in 2018 and announced following the 2018/19 season that he will stay on for a further 3 more years.