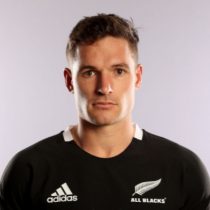 His breakthrough came in 2016 when he earned himself a spot in the Canterbury squad for the 2016 Mitre 10 Cup. He scored 5 tries in 8 matches as Canterbury finished the season as Premiership champions, their 8th title in 9 years.

The following year saw Bridge named in Crusaders' squad, for the first time, for the 2017 Super Rugby season.

Bridge had a fantastic debut season with the Crusaders as he featured in all 18 matches of the tournament as the Crusaders went on to win their 8th Super Rugby title.

He scored 8 tries in his first Super Rugby season and started the Crusaders match against the British and Irish Lions.

He played a starring role in Canterbury's Mitre 10 Cup campaign helping the side to consecutive finals.

George made giant strides in his debut season and was voted Crusaders Rookie of the Year in 2017. His pace and ability to find the try line are big features of his game.

In May 2018, the Crusader's speedster became the first player to ink a long-term deal with the club through to the 2022 season, and also re-committed to Canterbury through to 2021.

In October 2018 he was selected for the Japanese leg of the All black November Tour Squad and made his test debut against Japan.

Bridge was part of the All Blacks squad who finished 3rd at the 2019 Rugby World Cup.