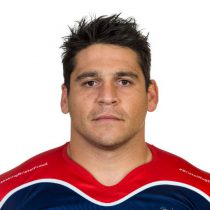 Cortes is an Argentinean test prop that signed for Bristol ahead of the 2012/13 season. Cortes has gone on to represent Bristol numerous occasions and subsequently signed a contract extension ahead of the 2016/17 season.

Having been with Bristol for six seasons, playing more than 100 games for the club, Cortes signed for the Leicester Tigers in 2018.

In August 2018, Cortes was recalled to Los Pumas squad ahead of their Rugby Championship games against New Zealand and Australia after 4 year absence from test rugby.

Cortes heads into the 2018 Rugby Championship with 1 test cap.