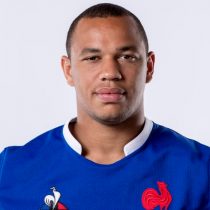 Fickou is a supremely talented rugby player who has incredible size and pace.

A centre by trade, he made his Heineken Cup debut with Toulouse in 2012, scoring the only try of the game in a win against Leicester Tigers at the age of just 18.

His French international debut followed in 2013, still at the age of just 18, starting against Scotland in the Six Nations Championship.

In 2015 Fickou was selected to represent France at his first World Cup in England. He appeared twice at RWC 2015, against Italy and scoring a try v Romania.

June 2016 saw him being included in the France 28-man squad for their tour of Argentina.

He scored his 4th try for France against Samoa in Toulouse in November.

Fickou was selected into the France squad again for the Six Nations 2017, where he had scored 2 Six Nations tries in 12 appearances.

He was included in the France squad for the three-match series against South Africa, and started all three games against the Springboks but was not able to secure a victory for his side.

The utility back missed France's November tests through injury but returned to the National side for the 2018 Six Nations where he featured in 3 games taking his test cap tally to 35.

He was selected for France's squad to tour New Zealand and made an appearance off the bench against the All Blacks and two in the starting XV.

Fickou signed a deal with Stade Francais at the conclusion of the 2017/18 season, with the club reportedly paying Toulouse €500 000 for his release a year before his contract expired.

He was again named in the 2020 edition of the tournament, shifting to wing to face Wales. In April 2021, Fickou made the switch to Racing 92 leaving Stade Francais before his contract expired with the Parisian club.