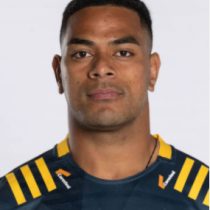 A Tonga Sevens and 15s representative, Paea is an explosive ball carrier who joined the Tasman Mako in 2019 and helped the side through an unbeaten season to claim their inaugural Mitre 10 Cup Premiership title.

In October 2019, he was awarded Club Player of the Year for his season with the Waitohi club, at the Tasman Rugby Union awards.

Paea offers plenty of versatility to the Crusaders backline, with his ability to cover a number of positions from the midfield out.

In 2020 he signed for the Crusaders and was named in round four of the Super Rugby Aotearoa where he would make his debut against Highlanders.

He heads into the 2020 Mitre 10 Cp season having made 9 appearances for Tasman Makos.