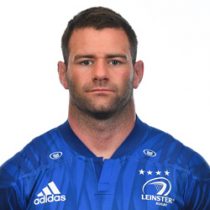 An accomplished winger, who's happy to mix it up in the centre and who possesses an unerring kicking ability, the Kilkenny born back made his Magners League debut for Leinster versus Cardiff Blues at Arms Park on 28 September 2007.

Since then he has made close to 200 caps for the Province scoring over 300 points. He is a strong, reliable centre who runs excellent lines and never wastes possession. He won the Magners League in 2008 and the Heineken Cup in 2011 and 2012.

In January 2011, McFadden was named in the starting team to play against Italy in the opening weekend of the 2011 Six Nations Championship, where he won his first cap. He has since gone on to make over 30 appearances for his country.

In the 2016/17 season, he missed almost five months of a season due to a serious leg injury sustained against Cardiff on October 1, an injury that cost him any hopes of featuring in the November test series and most of the Six Nations.

Making four Pro 12 appearances on his comeback from injury before the Champions Cup QF v Wasps. The Leinster wing returned to action to score the game clinching try to set up a semi-final v Clermont.

The Irish international faced serious competition to get into Leo Cullen’s starting XV in the 2019 season due to a large number of academy talents pushing through.

He went into the 2019 Champions Cup with 44 appearances in the tournament and 54 points scored.

In May 2020, McFadden announced his decision to retire from professional rugby.