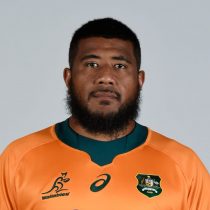 Fotuaika is a product of the Queensland pathway having represented both his state and country at Schoolboys level, as well playing in the National Rugby Championship (NRC) for four seasons with McInnes Wilson Lawyers Brisbane City.

In January 2019, he signed a deal with the Reds ahead of the 2019 Super Rugby season

He made his Queensland debut against the Highlanders in Round 2 and scored a try in the same match. Fotuaika also finished the season with five Super Rugby caps after being ruled out for the backend of the season with a foot injury.

2021 proved a turning point as the versatile prop played every match of the Trans-Tasman tournament and all but three matches during Super Rugby AU which he was suspended for.