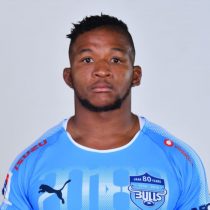 Born in Boksburg, Edgar moved to Johannesburg and joined the university side UJ for the 2009 Varsity Cup season.

In 2016, Marutlulle was included in a South Africa 'A' squad that played a two-match series against a touring England Saxons team.

Marutlulle has been a real journeyman in South African rugby having represented Lions, Leopards, Southern Kings and has seemed to settle in with the Bulls since signing with the side in 2016.

He made his Super Rugby debut for the Lions in 2011 and he started the 2018 Super Rugby season having scored 4 tries in 31 appearances.

In October 2018, Marutlulle recommitted himself to the Bulls and Blue Bulls for a further two seasons.