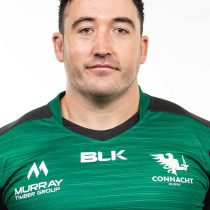 Buckley's favoured position is prop and can play at either side of the scrum. He has represented Ireland at school's and also has reprensented at under 18 level. Buckley featured sporadically player until the 2013/14 season, when he gained more game time due to Brett Wilkinson's injury.

He is a product of the Connacht Academy and has represented Ireland at underage level, making the 2015 Emerging Ireland tour to Georgia.

A chain of impressive performances saw him extend his Connacht contract by a further two years until the end of 2018.

Buckley has represented the Barbarians against England in Twickenham in May 2018.

In February 2019, he signed a two-year deal with Connacht.