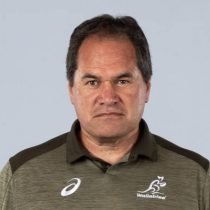 Rennie started his coaching career in 1999 at Wellington, where the team won their first NPC title in 14 years in his opening season as head coach in 2000, then coached Manawatu in the ITM Cup from 2006, taking the Turbos to the 2011 NPC Championship final.

He also coached the New Zealand U20 side which won three consecutive Junior World Championships between 2008-2010.

After joining the the Chiefs in 2012, Rennie won the province’s first Super Rugby title in his debut season before backing up that achievement in the next season as the Chiefs won their second Super Rugby title. The Hamilton-based side played finals in each of the six seasons he spent with the Chiefs, a mark that is unmatched by any Head Coach in competition history.

In August 2016, he confirmed that he has signed a two-year deal to take over from Townsend at Glasgow Warriors for the 2017-18 season. In his first season, Rennie guided Glasgow to the PRO14 semi-finals before signing a new deal with the Scotstoun side in January 2019.

In his second year he took the Scottish outfit to the Pro 14 Final and the Quarter Finals of the European Champions Cup.

In November 2019, Rennie was named as the new Head Coach of the Wallabies. Rennie will fulfil his current commitments with Glasgow Warriors before joining the Wallabies in July 2020 on a three-and-a-half-year deal that will see him lead Australia at the 2023 Rugby World Cup.

Rennie's first year in charge of the Wallabies saw the side pick up just one win from six. They beat the All Blacks once, drew once and lost twice to the New Zealanders. Australia also drew twice to Argentina.