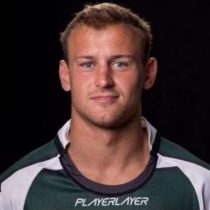 South African-born Veenendaal joined Nottingham from Bedford Blues in the summer of 2015, going on to feature in 27 matches in his first campaign at The Bay, then bagging 4 tries in 16 appearances so far this season.

Veenendaal has signed new one-year deal at the club, keeping him at The Bay until the end of the 2017/18 season.