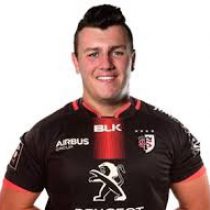 Daniel, born in Dublin and moved to France at the age of 5 when his Dad, Trevor Brennan, signed for Toulouse. He progressed through the youth ranks with Toulouse, where his dad won two Heineken Cups as a player.

He became the first Irishman to win a World Rugby U20 Championship medal at the 2018 tournament.