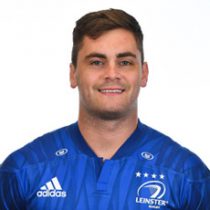 Conor made his Ireland U20s debut in the 2016 Six Nations having won representative caps from U18 up.

He played hurling with Westmeath up to U16 level and football with the county to minor — his dad Gareth captained Offaly to win their only All-Ireland U21 title in 1988.

The centre excelled for the Ireland U20's at the 2016 World Rugby U20 Championship & following his exploits in Manchester, he helped Clontarf to win the All-Ireland league (2016-17).

The Mullingar native joined the Leinster Academy for the 2016-17 season.

Having made 17 appearances and scoring 30 points for Leinster by the end of the 2018/19 season, O'Brien signed a senior contract with Leinster.