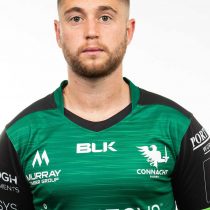 Dean attended Blackrock College in South Dublin and won a JCT medal during his time at the school.

He joined the Leinster sub-academy a year later and was originally named in the U20 Six Nations extended squad but didn't appear during the Championship.

Conor - the son of former Ireland and Lions out half Paul - was included in the Ireland U20 squad for the 2017 U20 Rugby World Cup in Georgia.

Dean played his club rugby with St. Marys in the UBL 1B.

A Connacht academy player, he impressed for the Connacht Eagles in the 2020 Celtic Cup campaign when the squad won 5 of their 7 games.