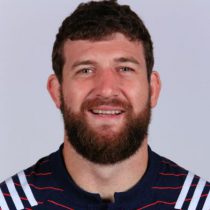 Maynadier played five seasons at Sporting Club Albi and in 2013 he enlisted with the Bordeaux Bègles.

In June 2016, he was included in the France team to compete for the autumn tour in Argentina, he made his debut on that tour and played in one other match.

He was selected in Guy Noves 2017 Six Nations squad and made his Six Nations debut in the opening round against England.

He was once again included in the France squad for the June internationals against South Africa. Ahead of the series he has three test caps to his name.