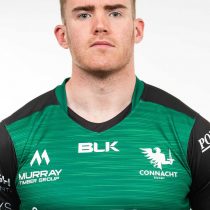 Gallagher started playing rugby with Sligo RFC at U-14 and continued until U-18s.

He attended Summerhill College, and while it was not traditionally a rugby school, the school reached the Connacht Senior Cup final for the first time in its history.

In May 2016, Gallagher was announced part of the Ireland U20 Squad for World Rugby Championship.

Gallagher is thought of very highly in Connacht Rugby circles, and with good reason. Comfortable at blindside flanker, Gallagher has bulked up since starring for the Ireland U20s in 2016.

In March 2018, He signed his first professional contract after a two-year term in the Connacht academy.

He made his debut for the senior team at home to Worcester Warriors in the European Challenge Cup in October 2017 and went on to make five appearances in total.

As of June 2020, he has made a total of 15 appearances for Connacht since his debut in 2017 and has scored 5 points for the province.