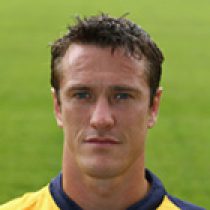 Born in Manchester, England, Jones attended Stockport Grammar School before studying at Sheffield Hallam University. A lock-cum-flanker, Jones is a giant of a man at just shy of 2 metres and packs quite a punch weighing it at over 17 stone.

He began his professional career at Sale Sharks in 2001 and after 10 years at the club left to join up with Worcester Warriors. In 2004, Jones made his international debut for England.

In the 2005–2006 season, Jones started the final as Sale Sharks won their first ever Premiership title. He was also voted Sale's player of the year in 2006 and again in 2008.

On 22 May 2014, Jones officially joined Yorkshire Carnegie in the RFU Championship on a two-year contract from the 2014-15 season.

On May 19th 2016, Jones was forced to retire from professional rugby after suffering concussion during a league game against Nottingham.