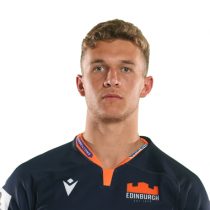 Born in Sydney, Savala qualifies for Scotland through his Ayr-born father, while his grandmother still lived in Ayr until moving to Australia this year.

An avid sportsman, Savala played cricket, basketball and soccer in his youth, before focusing on rugby union, rugby league and AFL as he progressed through the age grades.

The stand-off attended the prestigious Scots College where, under the guidance of then coach Brian Smith, he focussed primarily on rugby union, ultimately earning selection for the Australia Schools Cup winning New South Wales side.

Savala joined Sydney Roosters on a two-year deal in 2018/19 where he was promoted to the top squad prior to the COVID-19 pandemic.

However, with playing opportunities limited Savala took the opportunity to make the switch to the Scottish capital in October 2020.