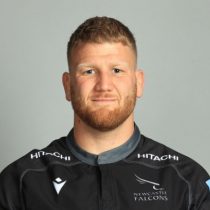 Maddison played rugby at Tynedale RFC from a young age.

After school, he moved to Leeds where he studied sport and exercise science at Leeds Metropolitan.

During his time there, he played for the University for 4 years, whilst being part of Leeds Carnegie.

Having played for Mowden in between university for several seasons, Maddison signed a deal with Championship club Rotherham.

After a year at the club and 60 appearances, Maddison signed for Jersey Red in 2018.

Maddison returned to his native North East, signing a two-year deal with Newcastle Falcons in August 2019.