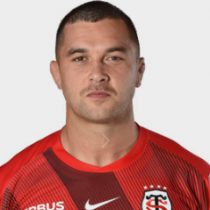 A World Champion at U20 level with New Zealand. Axtens has been regarded as a promising player ever since he played for NZ Schools.

The backrower represented Bay of Plenty in the National Provincial Championship while also being a member of the Chiefs wider Super Rugby squad.

Toulouse signed Axtens as a medical joker in March 2016 before making his contract permanent that will keep the New Zealander at the club until 2019.