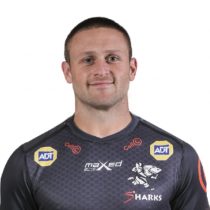 In 2014, he also played in the Varsity Shield competition for university side UKZN Impi. He started all eight regular season matches for the side as they finished in second place.

After the 2014 Varsity Shield, Wright was included in the Sharks XV squad for the 2014 Vodacom Cup competition.

A few months later Wright found himself as the starting scrum-half for the Sharks for their opening match of the 2014 Currie Cup Premier Division season following the recent departure of Charl McLeod, Cobus Reinach's involvement with the Springboks and injuries to Conrad Hoffmann and Stefan Ungerer

In 2015 Wright was loaned out to French Top 14 side Montpellier, a deal which has aided his personal development.

He spent two years in France before returning to the Sharks ahead of the 2017 Currie Cup.

Wright made his Super Rugby debut in the Sharks opening game of the 2018 Super Rugby season against the Lions. A number of impressive performances with the Sharks lead to him being named in the Springbok squad for the 2018 June Internationals.

He didn't make his test debut for the Boks and continued to perform when given the chance for the Sharks. In 2020, he made the switch to the Kings but did not make an appearance for the side before returning to the Sharks after an injury at the side.