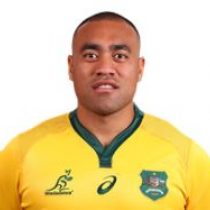 Timu signed with NRL club the Broncos after high school, where he played for their under-20s side. He left league in 2014 to undertake a two-year Mormon mission in the South Pacific, returning to the club in late 2015.

He has represented Queensland Rugby at age-grade levels, playing there as a student at St. Joseph’s Nudgee College and for the Queensland and Australian Schoolboys Rugby sides in 2011.

He made 2 appearances for the Reds in 2017, Timu impressed in his appearances for Queensland Premier Rugby and signed a new one-year deal with the Reds that saw him remain at the club for the 2018 Super Rugby season.

Timu was given a bigger starting role under new Reds coach Brad Thorn, a move that lead to Timu earning a Wallabies call-up and he made his test debut against Ireland in the first of three test.

In June 2019, following the Reds Super Rugby season Timu announced a 2 year deal with Montpellier having made 20 Super Rugby appearances and 2 test caps