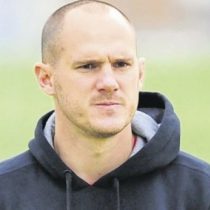 Coming out of Port Elizabeth Brent Janse van Rensburg attended Westering High School. He started his coaching career at the South African Rugby Institute in Stellenbosch where he also coached at Paul Roos Gymnasium. He later moved to Queenstown and became the Head of Rugby at Queen's College. His first tast of provincial coaching came when he coached Border's Craven Week team for two years, winning eight of his nine matches in charge of the side, before also getting involved with the Border Bulldogs Currie Cup and Vodacom Cup teams.

He was named the Technical Director and head coach at Alan Zondagh's Rugby Performance Centre in Riebeek Valley.

He was appointed as the head coach of Varsity Cup side NMMU Madibaz, at the time he was the youngest Varsity Cup coach, prior to the 2011 Varsity Cup season, where he remained for three seasons. Having finished in the bottom two of the Varsity Cup before his arrival, Janse van Rensburg guided them to fifth spot in 2012 and went one better in 2013, helping them reach the semi-finals of the competition for the first time in their history.

After the 2013 season, Janse van Rensburg was replaced as head coach by David Maidza, but remained involved with NMMU in a consulting capacity.

At the start of 2014, Janse van Rensburg was appointed as the Director of Rugby at Grey High School. He moved to Johannesburg to join the Golden Lions at the start of 2015 as Golden Lions U19 forwards coach and High-Performance Coach of the union, but returned to Port Elizabeth just over a month later to become the head defence coach for the Eastern Province Kings.

Boland was next on the list for van Rensburg as he guided the side to promotion for the 2016 Currie Cup Premier Division. His efforts with Boland saw him being named as a nominee for the South African Rugby Union coach of the Year.

At the end of the season, Pumas announced that he would take over the side for the 2017 season and in 2019 he was appointed head coach of Griquas

He spent just one year at the Griquas before he signed as the Sharks new forwards' coach.