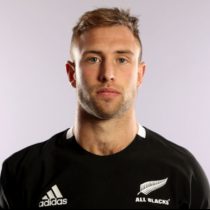 Originally from Auckland, Ennor joined the Crusaders Academy in 2015 with a Woohoo NZ Tax Refunds scholarship and, following a stellar club season with the University Club.

In 2017 Ennor was named in the New Zealand Under 20 team and helped the side lift the Junior Rugby World Cup in Georgia in June.

Later that season he was selected by Canterbury for their Mitre 10 Cup in the 2017 season.

Ennor stormed onto the provincial rugby scene in 2017 with a standout season for the championship Canterbury team scoring 10 tries during the round-robin stages of the competition.

His impressive form caught the eye of Crusaders coach Scott Robinson who signed the utility back on a two-year deal, which sees him join the 2017 Super Rugby Champions for the 2018 and 2019 seasons.

He has the versatility to play wing, mid-field or full-back and his knack of finding his way to the try line will be another boost to a strong Crusaders side that will look to defend their Super Rugby title in 2018.

He continued his fine form into 2019 where he earned an All Black call up ahead of the Rugby Championship.

Ahead of the 2020 Super Rugby season, Ennor has obtained 25 caps. In May 2020, Ennor re-signed with the Crusaders and New Zealand Rugby through to the 2023 season.

Ennor made his test debut against Argentina off the bench during the 2019 Rugby Championship and was recalled to the All Blacks squad in 2020 but a long term injury ended his chances to add to his single cap.

In 2021, he was recalled to the squad ahead of the test against Fiji and Tonga.