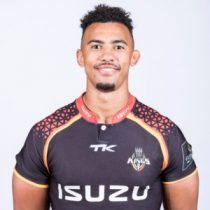 Having represented the Leopards, Bulls and Lions at youth level Klerksdorp born lock Bobby de Wee joined the Lions Academy and quickly made a mark at the Union as he made his first class debut in the 2014 Vodacom Cup.

He made his way into the Lions Currie Cup squad in 2015 and was reselected the following year.

In 2017 he was named in the Lions extended Super Rugby squad.

De Wee then signed for the Southern Kings, and made 26 appearances for them in the Pro 14 since they joined the division alongside the Cheetahs.

In 2021, he signed a deal with Ealing Trailfinders.