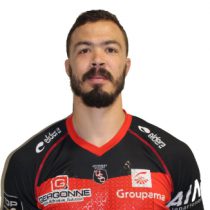 After setting the try-scoring record in the Currie Cup a few seasons ago, Basson was bought by the Bulls with his abilities under the high-ball being a particular draw-card for the franchise. Fitting perfectly into the Bulls’ game-plan with out and out pace he has slick finishing abilities which have seen him dot down many a time in Super Rugby.

Basson continued his career with the Pretoria based side until 2017, picked up a few test caps with the Springboks along the way. Picking up a injury early in the 2016 season Basson was not able to regain his starting position at the Bulls and was subsequently released from the Bulls.

In February 2017, Basson signed with The Stormers ahead of the 2017 Super Rugby season.

He has made 95 Super Rugby caps, scoring 175 points since making his debut in 2009 for the Cheetahs.

Basson featured 6 times for the Stormers during the 2017 Super Rugby season scoring 3 tries, he then helped Western Province to yet another Currie Cup title.

In December he signed for French Pro D2 side Oyonnax as a medical joker but was released in July 2018 after 6 appearances.