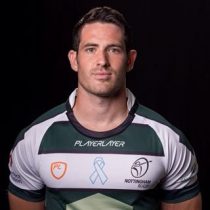 made his Nottingham debut against Bedford Blues back in September 2014 and has been an incredibly durable and consistent player for the Green and Whites. The former Moseley player has since made 45 first team appearances, scoring 45 points.