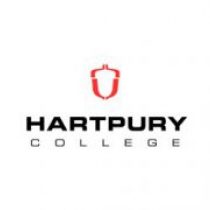 Foley travelled to the world-famous Dubai Sevens tournament as part of the England development team.

He competed as The Royals in the international men's section, facing the likes of France Development, Poland and Georgia.

Ben Foley has agreed terms with Rotherham Titans to remain with the club for the 2017/18 Greene King IPA Championship season.

Ben, 23, joined Rotherham during the summer of 2016 from Plymouth Albion, having previously played for Clifton RFC.

Foley arrived at Rotherham after being recommended by head of England Sevens Simon Amor, who came across Ben when he was part of the England sevens development team.

Bristol born, Foley made 15 appearances for Rotherham in his debut season, scoring four tries along the way.

Ben established himself as a regular feature of the Titans squad last year and he'll be keen to continue his progress under Andy Key's new coaching team.

Ben has a fantastic set of skills and is a genuinely exciting player who possesses great footwork and speed, with an eye for the try-line.