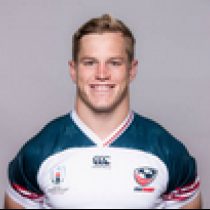 Cambridge born Hooley, 24, is a former England Under 20 international who came through the Acadmey system at Northampton Saints before going on to make 14 first team appearances and scoring 77 points.

Since then, he has grown in stature at Franklin’s Gardens and worked his way into Jim Mallinder’s first-team squad, where he made 14 appearances and scored 77 points.

The playmaker penned terms on a two-year deal at Sandy Park and provided top quality competition for the No.10 role alongside Gareth Steenson and Henry Slade.

He made his debut for the Chiefs against Clermont Auvergne in the 2015 Champions Cup and most recently featured in the Chiefs 36-14 Premiership win over Newcastle Falcons.

In April 2017, Bedford Blues building process for the 2017/18 Championship season continued with the signing of Hooley.